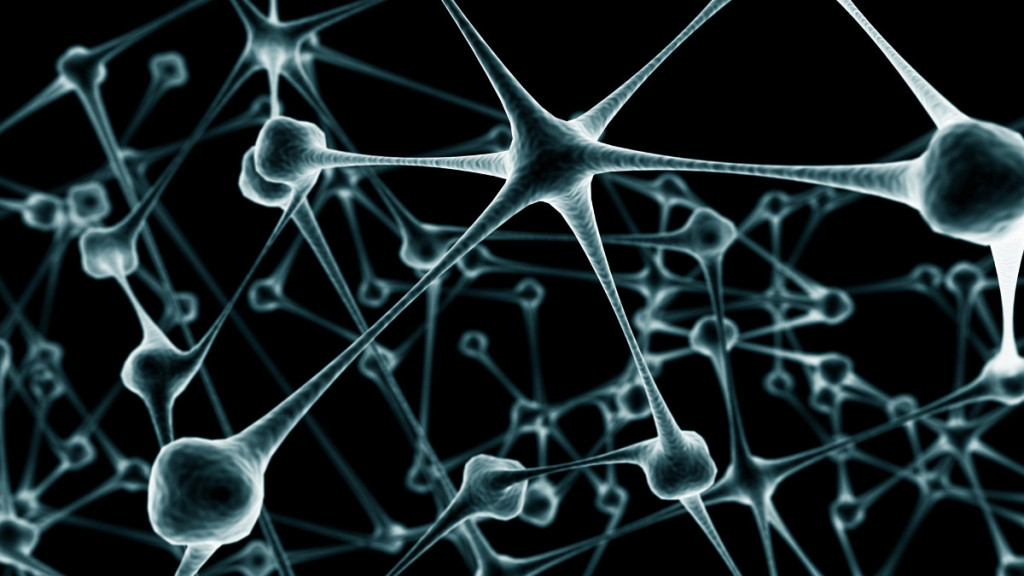 A vector space is a space where we can represent the position of a specific point or object as a vector (a sequence of numbers). You’re probably familiar with 2 or 3-dimensional coordinate systems, but we can easily extend this to much higher dimensions (think hundreds or thousands). However, it’s quite difficult to imagine a 1000-dimensional space, so we’ll stick to 2-dimensional illustations.

In the graph below, we have placed 4 objects in a 2-dimensional space, and each of them has a 2-dimensional vector that represents their position in this space. For machine learning and classification we make the assumption that similar objects have similar coordinates and are therefore positioned close to each other. This is true in our example, as cities are positioned in the upper left corner, and days-of-the-week are positioned a bit further in the lower right corner. 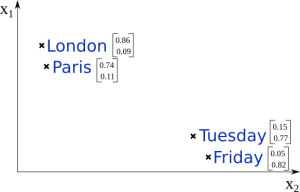 Let’s say we now get a new object (see image below) and all we know are its coordinates. What do you think, is this object a city or a day-of-the-week? It’s probably a city, because it is positioned much closer to other existing cities we already know about.

This is the kind of reasoning that machine learning tries to perform. Our example was very simple, but this problem gets more difficult when dealing with thousands of dimensions and millions of noisy datapoints.

In a traditional machine learning context these vectors are given as input to the classifier, both at training and testing time. However, there exist methods of representation learning where these vectors are learned automatically, together with the model.

Now that we know about vector spaces, it’s time to look at how the neuron works.